Social media can seem like a vast, untamed and fast-moving wilderness. But it is also evolving into a forest that shapes our culture, our perceptions, and even our politics. This session will introduce important principles and best practices to help religious communicators focus their social media efforts and leverage their online presence to promote and advance their mission. 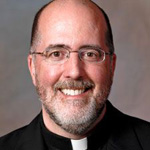 Father Larry is the director of the University Catholic Center in Austin, Texas. Before returning to campus ministry in 2016, he served as the Paulist Fathers’ director of vocations, and as the community’s first consultor. He has presented on social media for the National Religious Vocations Conference’s Vocation Ambassadors program for two years, and was a member of that program’s design team. He has also spoken to many national church conferences, focusing on social media and branding for parishes, dioceses, and religious communities.

Compelling Video on a Shoestring Budget (Panel)
Allan H. Johnson, April Gibson, Spalding Hurst
Whether it’s your cell phone, tablet or a digital video camera, you have the tools to tell sister stories—stories that touch the heart, inspire others and that fortify your mission. Allan H. Johnson, April Gibson, and Spalding Hurst will share their shoestring budget videos and the lessons learned along the way.

Allan H. Johnson is a freelance graphic designer and branding consultant from Minneapolis, Minnesota. He works with many Catholic sister congregations and organizations across the country. In his spare time, Allan enjoys enjoys many creative hobbies including painting and making films. 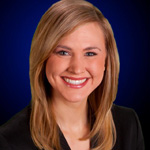 April Gibson is the director of video and multimedia production for the Sisters of St. Joseph of Orange. Her professional career began as a television news reporter and producer for several news organizations across the country. Most recently, she was the director of video production for the University of California Santa Barbara Intercollegiate Athletics Department where she developed a video department specializing in documentary-style storytelling and live events. 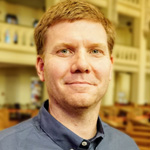 Spalding Hurst is communications specialist for the Sisters of Charity of Nazareth. He has a background in film production and television. He began working with the sisters in 2008 and enjoys inspiring the involvement in furthering their mission. Spalding is a CWR board member and chair of the CWR Marketing Committee.

Wisconsin Religious Collaborative: Working Together to Meet the Emerging Needs of Religious Communities
Sister Theresa Sandok, OSM
It is never too early to start to plan for the future. This is especially true for many congregations of women religious that are aging and no longer pursuing new vocations. As congregations look to completion or to sustaining the mission with fewer and older members, who will oversee the
functions needed to run the congregation? How will the role of communicators change? In Wisconsin, nine communities of women religious have created the Wisconsin Religious Collaborative (WRC) to plan together. 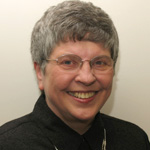 Sister Theresa is president of the Servants of Mary (Servite Sisters), a diocesan institute based in Ladysmith, Wisconsin. She holds a Ph.D. in philosophy from the University of Notre Dame and has taught philosophy at St. Catherine University, Saint Paul, Minnesota, and Bellarmine University, Louisville, Kentucky, where she also served as dean of the College of Arts & Sciences and director of Bellarmine’s Thomas Merton Center. She serves on the board of the International Thomas Merton Society and was recently appointed secretary of the Leadership Conference of Women Religious.

Communicating Catholic Social Teaching
Sister Mary Rowell, CSJ
Catholic Social Teaching (CST) has often been called the “Church’s best kept secret,” yet it is at the heart of Church identity and its values and practices have sometimes been honored in the secular press. CST is critical to the work of Catholic sisters and can have an impact on the work we do as communicators. Sister Mary will provide a general overview of CST and its seven themes along with some practical strategies we can implement in our daily ministry of communication. 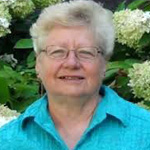 Sister Mary is a Canadian Sister of St. Joseph. She teaches moral theology, Catholic social teaching, and eco-theology at the University of Toronto. Sister Mary is also vocation and first formation director for her congregation, and serves as president of the National Association of Vocation and Formation Directors (Canada). She is also engaged in ecological and retreat ministry at her congregation’s Ecology and Spirituality center in Cobourg, Ontario. Before entering the community, she was a nurse and nurse educator in the U.K. Sister Mary has a bachelor’s degree in philosophy and a master’s in medical law and ethics from the University of London and a doctorate in theology from the University of Durham.

Mission, Ministry and Online Philanthropy: Nurturing Online Likes to Online Gifts
Jeff Stanger
Social media is a transformative way for congregations to engage with new and existing audiences. But there is no straight path to helping online followers become real-world friends and supporters. This session will explore practical ways to nurture online likes into the relationships that inspire volunteers, vocations and philanthropic support. 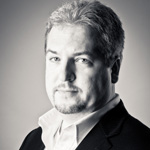 Jeff Stanger, also known as The Cause Geek, is an author, speaker, and fundraising consultant. He has been a faculty member of The Fund Raising School at the Lilly Family School of Philanthropy at Indiana University since 2009. Jeff also serves as education resources manager for CFRE International. A veteran fundraiser of more than 18 years, Jeff has spoken to thousands of nonprofit professionals throughout the United States and is a contributing author to “Achieving Excellence in Fundraising” 3rd and 4th Editions.

A Cinderella Story: Sister Jean’s Stardom Shines Light on Catholic Sisters
Angie Connolly
From a Barack Obama tweet to the BBC, Sister Jean Dolores Schmidt, BVM, the Loyola men’s basketball team chaplain, stole hearts around the world during the NCAA Men’s Division 1 Basketball Tournament where she was immersed in March Madness. CWR member Angie Connolly will guide us through her experience during this Cinderella story, highlighting media relations, social media engagement, and preparing the congregation as well as share some of her favorite moments. 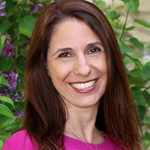 Angie is director of communications for the Sisters of Charity of the Blessed Virgin Mary in Dubuque, Iowa, where she has worked in communications since 1992. She is a founding member of Sisters United News (SUN), a CWR-Best Practice Award winning group recognized in 2007 and 2011 for its immigration reform campaigns, and in 2007 for an online media center. In 2017, SUN was awarded grant money to create “Kindness: Get in the Habit,” a national campaign for CWR members highlighting National Catholic Sisters Week. Angie holds a bachelor’s degree in communications/public relations from the University of Northern Iowa. 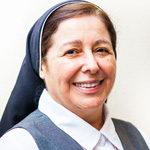 Sister Yolanda is a member of the Sisters of Saint Mary of Namur. She served for seven years as Vice Chancellor and Delegate for Women Religious for the Diocese of Fort Worth. She was also diocesan director for the Office of Catechist Formation and Catechesis for Children, and associate vocation director. Her past experience includes working as director of religious education in Texas dioceses, and missionary work in Mexico, the Dominican Republic, and Brazil. Presently, she is on the faculty at the University of Dallas Neuhoff School of Ministry, teaching sacred scripture, pastoral and theology courses.